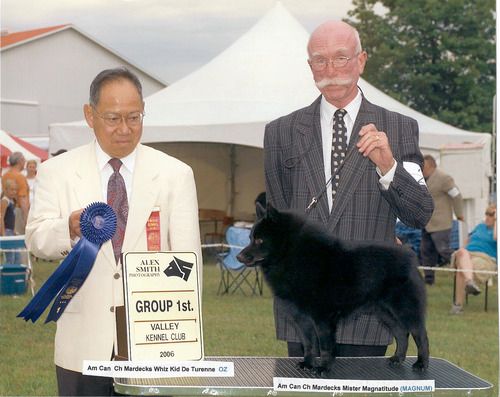 Share photo gallery
Oz has been bred to some of the loveliest girls on both side of the border culminating in him tying as Top Schipperke Stud Dog in the U.S.A. in 2008 for the number of champions produced that year. Not bad for a Canadian bred, Canadian owned boy, eh? Oz of course believes he is in charge here at Mardeck so...we don't tell him otherwise. He lives in the house full time, but he also thinks he rules the kennel. That is probably because the kennel is actually attached to our house and accessible from our porch / living room so he looks upon it as an extension of his realm.